Perceptions. Our lives are about perceptions. Perceptions are more powerful than realities – if I perceive I am threatened, I will feel threatened, even if someone tells me I’m not. I may be perceived as a threat, because of my hair colour, my accent, the way I walk even if I am not. Children who are born during a war perceive the war as normal, because they do not know any other reality. As your circumstances change, so will your perception of reality. People who are forced to leave their homes, to escape from war and conflict, have different perceptions of what happiness means. I cannot tell their story, but they can. The Human Rights Film Festival gives us a chance to change perception and so NRC is happy to present the film series “Displaced Lenses” – films by and about displaced people, their lives and their perceptions. Through their lenses. 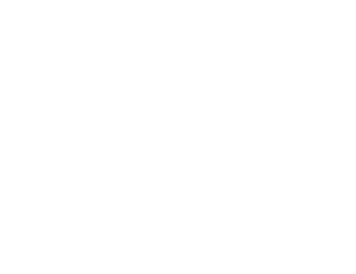 NRC Flüchtlingshilfe is a German humanitarian organization operating in international crisis areas and helping people who are forced to flee. We are part of the international aid organization NRC, with over 16,000 employees in more than 30 countries.

Akbar, Hakim, Mohammad, and Suri are descendants of Afghan immigrants in Iran. During the day, they work in their parents’ shops, but at night they escape into their own world: rock music. In a small rehearsal room, they blend their dreams and frustrations into rock ballads. After months of practicing, they finally have the chance to perform before an audience – in Afghanistan. Using the story of the band as a lens, this film offers an unconventional view of the life of immigrants in the Middle East.

THE EARTH IS BLUE AS AN ORANGE

Single mother Anna and her four children live on the front-line in Donbas, Ukraine. While the outside world consists of bombings and chaos, the family manages to keep their home a safe haven, full of life and light. Each family member has a passion for cinema, motivating them to shoot a film inspired by their own life during war-time. For Anna and the children, transforming trauma into a work of art is the ultimate act of staying human.

9-year-old Marwa is a lively, inquisitive child. She and her family live in the world’s largest camp for Syrian refugees in Jordan, but hope to return home soon. Weeks turn into years and Marwa blossoms from a cheeky child into a teenager. Exclusively shot from children’s perspectives, this film captures the resilience and hopefulness of children displaced by conflict while raising crucial questions as to what lies in store for their generation.

In 2015, Raf’aa, a Syrian mother, was forced to make the ultimate sacrifice. With her husband Nazem in the hospital and bombs falling ever closer to their home, she fled Syria to find asylum for her family leaving Nazem and their two children, Ahmed and Hamoudi, behind. They had hoped to reunite in Europe within a few weeks, but by the time Nazem and the children left… it was too late. The political climate had changed and the borders to Europe were closed. Now, they are fighting for a shared future.

A growing group of young adults in the Democratic Republic of Congo are resisting the western one-sided reporting of their country: stereotypical images of war, violence, and poverty. Three young Congolese photographers and filmmakers want to capture their own images of their country to replace those images that don’t reflect the reality in which they live. At the same time, they question whether western filmmakers are capable of capturing any of this complex, damaged, and beautiful country’s truth at all.