Film and art have the power to inspire and encourage, to shake up, to point out grievances and to denounce injustice.

The Human Rights Film Forum is an international platform to discuss storytelling in the context of human rights, climate change and the global Sustainable Development Goals. Together with international experts, we will explore transdisciplinary synergies, share our knowledge and learn from each other. Within the six-day program, the forum will showcase best case examples, offer new perspectives and approaches, and build a platform for cultural actors, film professionals, as well as activists and representatives of civil society organizations to join forces. 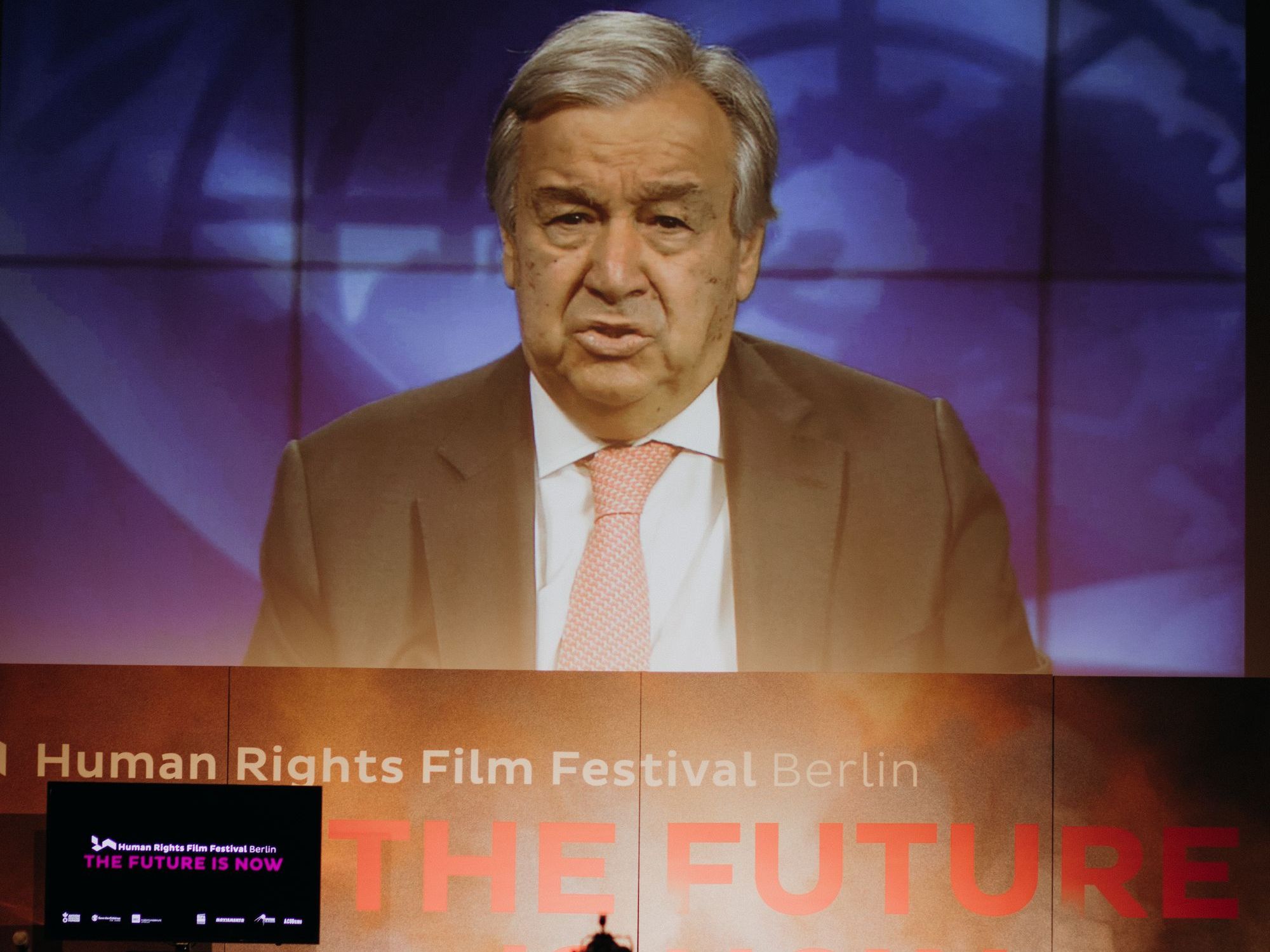 Thank you for participating and supporting this year’s Human Rights Film Festival Berlin and our new Human Rights Film Forum. Despite the challenges that this festival edition faced, we are happy to announce that it has been our most successful festival with over 10,000 participants.

Today we would like to use the opportunity and highlight some of the impressive conversations we had during the Forum: 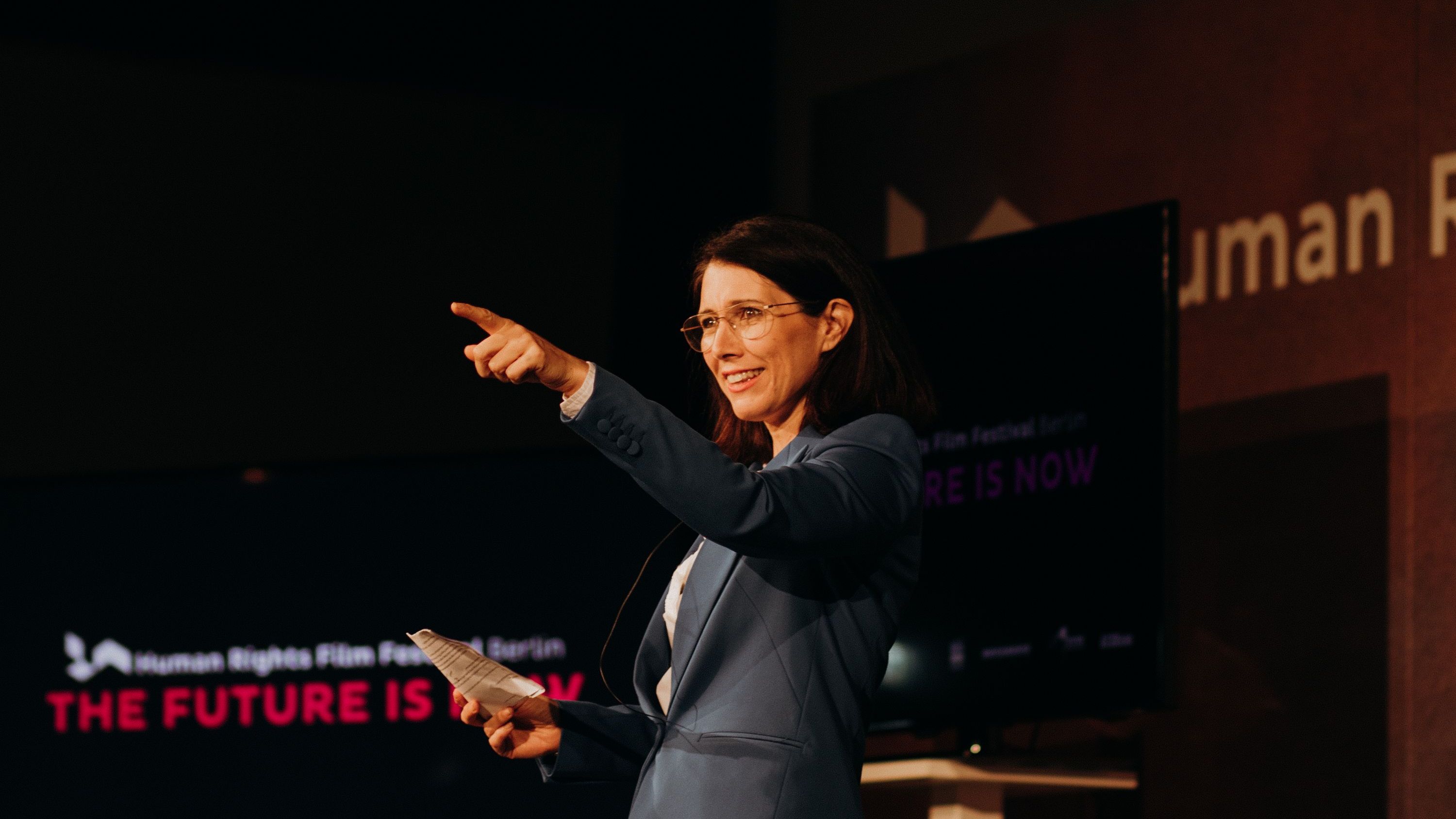 Lisa Witter (Apolitical) gave a quick intro into the interconnection of the SDGs and the role that storytelling can play in our aim to reaching them.

The Panel "Feminist Transformation in the Food Systems" offered a better understanding of the necessity to ensure the rights and justice for women and marginalized groups by fighting power imbalance and systematic patriarchy at community level in order to stop hunger worldwide.

Rebecca Freitag explained in her closing key-note how the Sustainable Development Goals are often seen as just three dimensional - ecological, social and economic - missing the fourth dimension: a cultural one that goes beyond ratings, reasoning and numbers.
Listen to Rebecca Freitag (Ambassador fort the Rights of Future Generations) 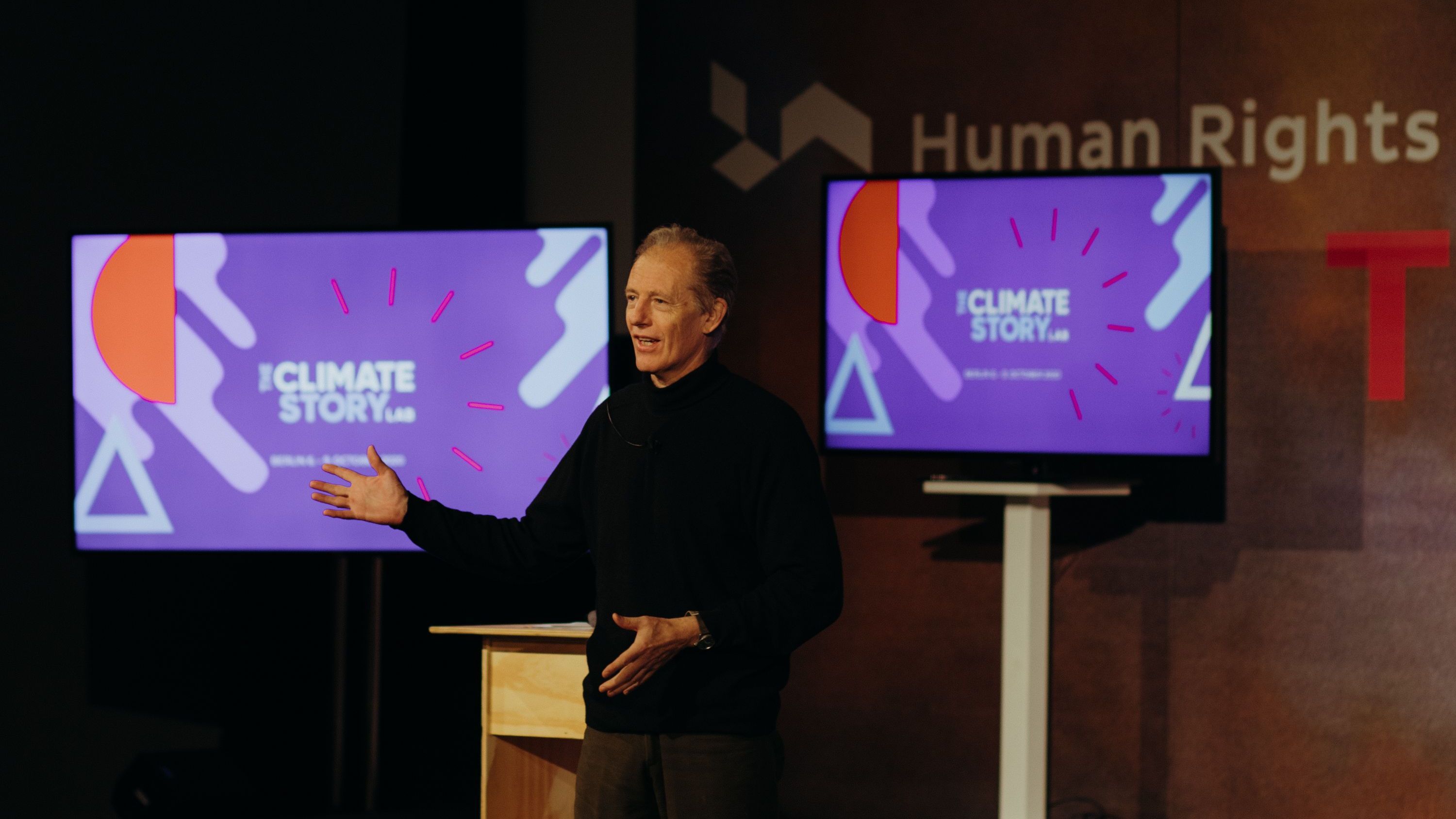 Andrew Gilmour (Berghof Foundation) held an outstanding opening key-note about the necessity to stop thinking in sectors and rather looking for a holistic approach to the challenges we are facing. He highlighted how climate change has a direct influence on everything from armed conflicts to radicalization and why climate activists and human rights activists need to start working together now.

Listen to the conversation between Inga von Staden & William Uricchio

Internationally renowned author Ilija Trojanow spoke on the third and last day of the Climate Story Lab about the role of literature in the world of storytelling, and highlighted how literature can display multifaceted challenges. He emphasized that we need to demand greater change and to switch our focus from small steps with limited impact towards radical utopian thinking and an essential questioning of our global economic system. 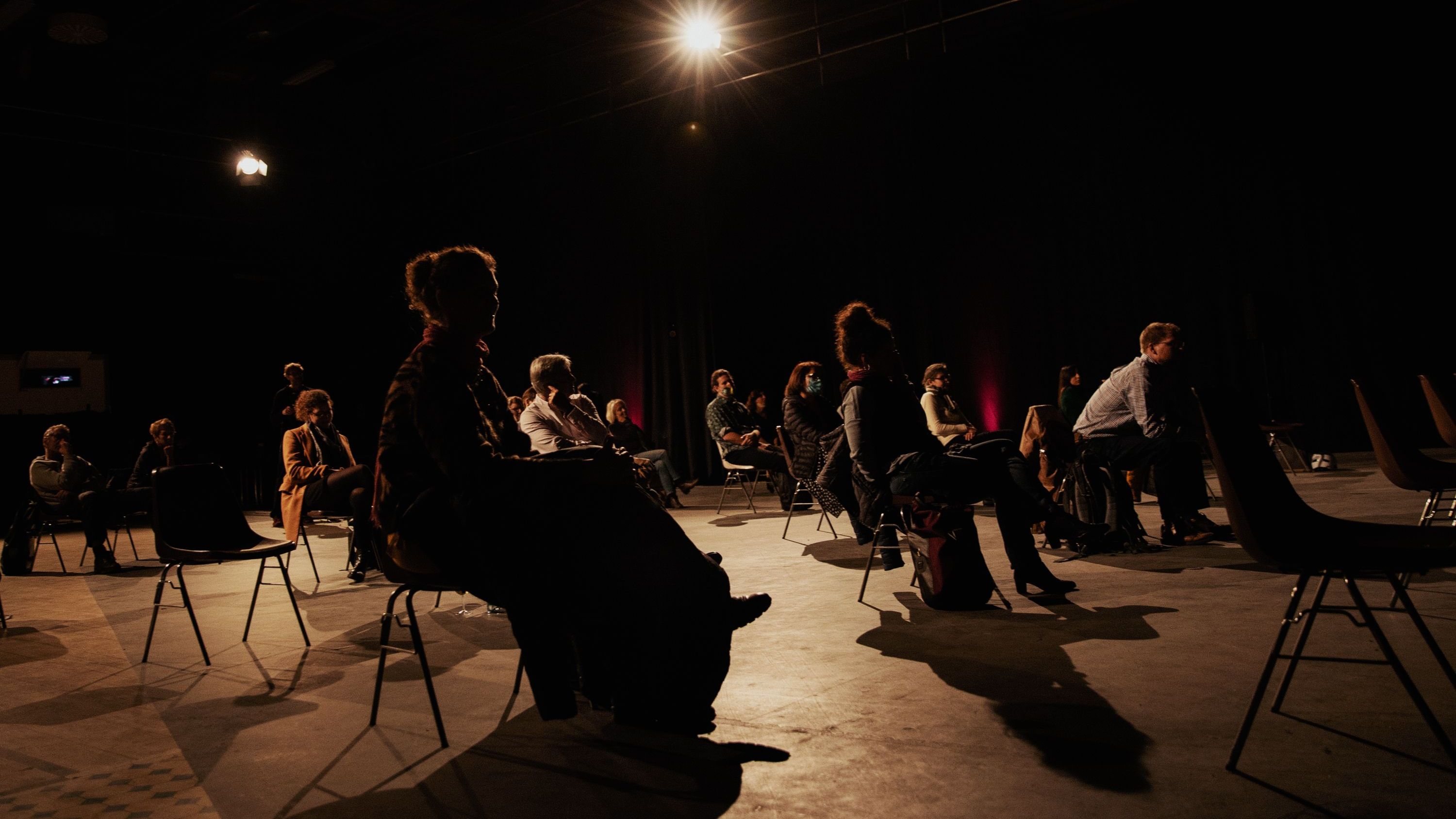 Acts of sexual and gender-based violence are not stand-alone phenomena. Rather, they are a product of structural discrimination based on other grounds, such as class, race, ethnicity or religion, and the ensuing inequalities.
Listen to the conversation with Christina Lamb (Author), Ifeoma Fafunwa (Theater Director), Bernadette Vivuya (Yole! Africa), Hannah Reyes Morales (Photographer) and Kristina Wolff (Activist) on best practices. 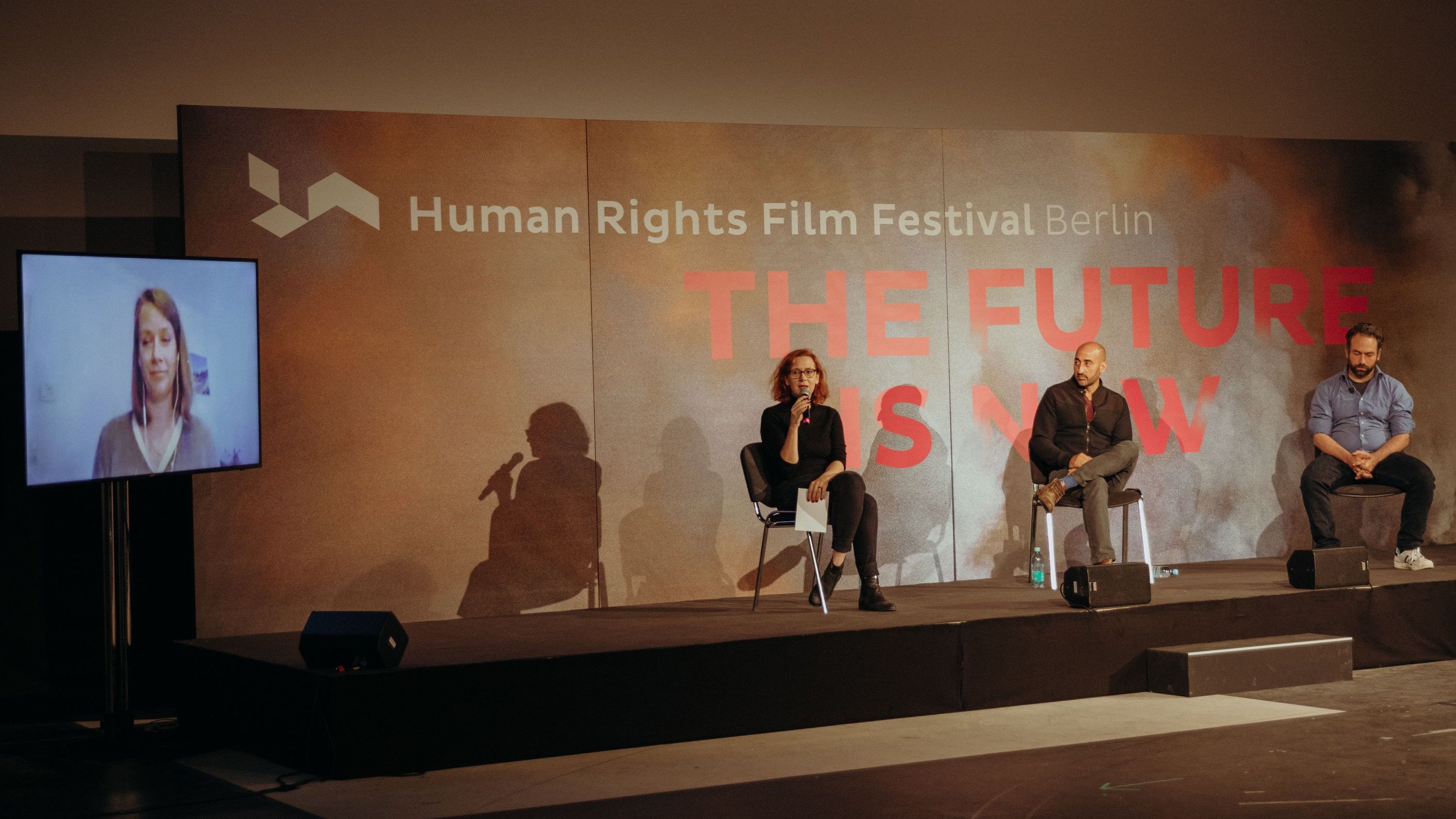 We need to combat fake news and disinformation in order to survive as a free and democratic society. Therefore, we have to start with understanding and analysing forms and origins of fake news and we need to widen our storytelling tools so that we can reach a broader range of people.
Listen to the conversation with Douglas Herman (director "Even After Death"), Michael Ruf (director, "Mittelmeer Dialoge"), Dr. Nicole Rieber (Berghof Foundation) moderated by Anna Ramskogler-Witt (Director Human Rights Film Festival Berlin). 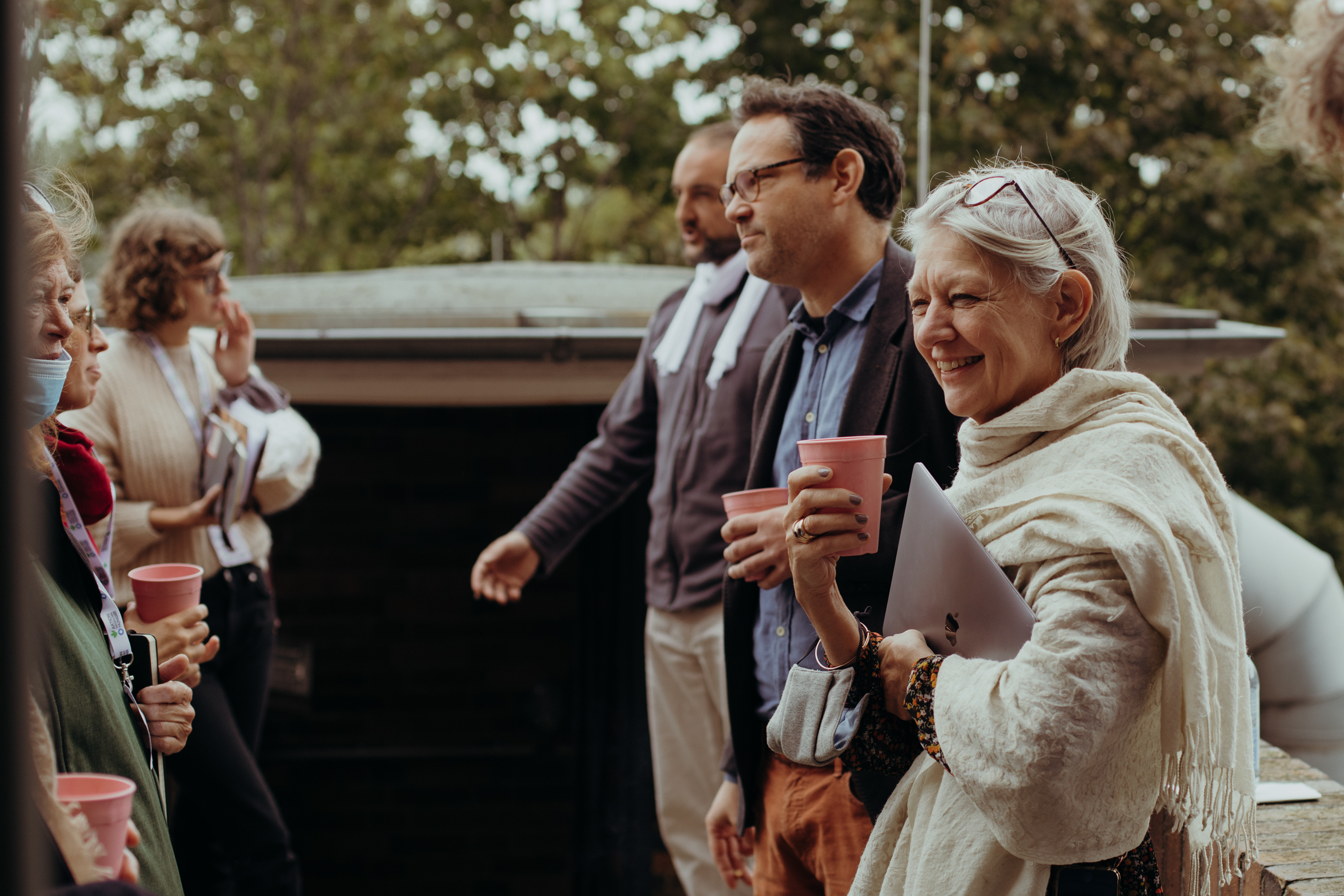 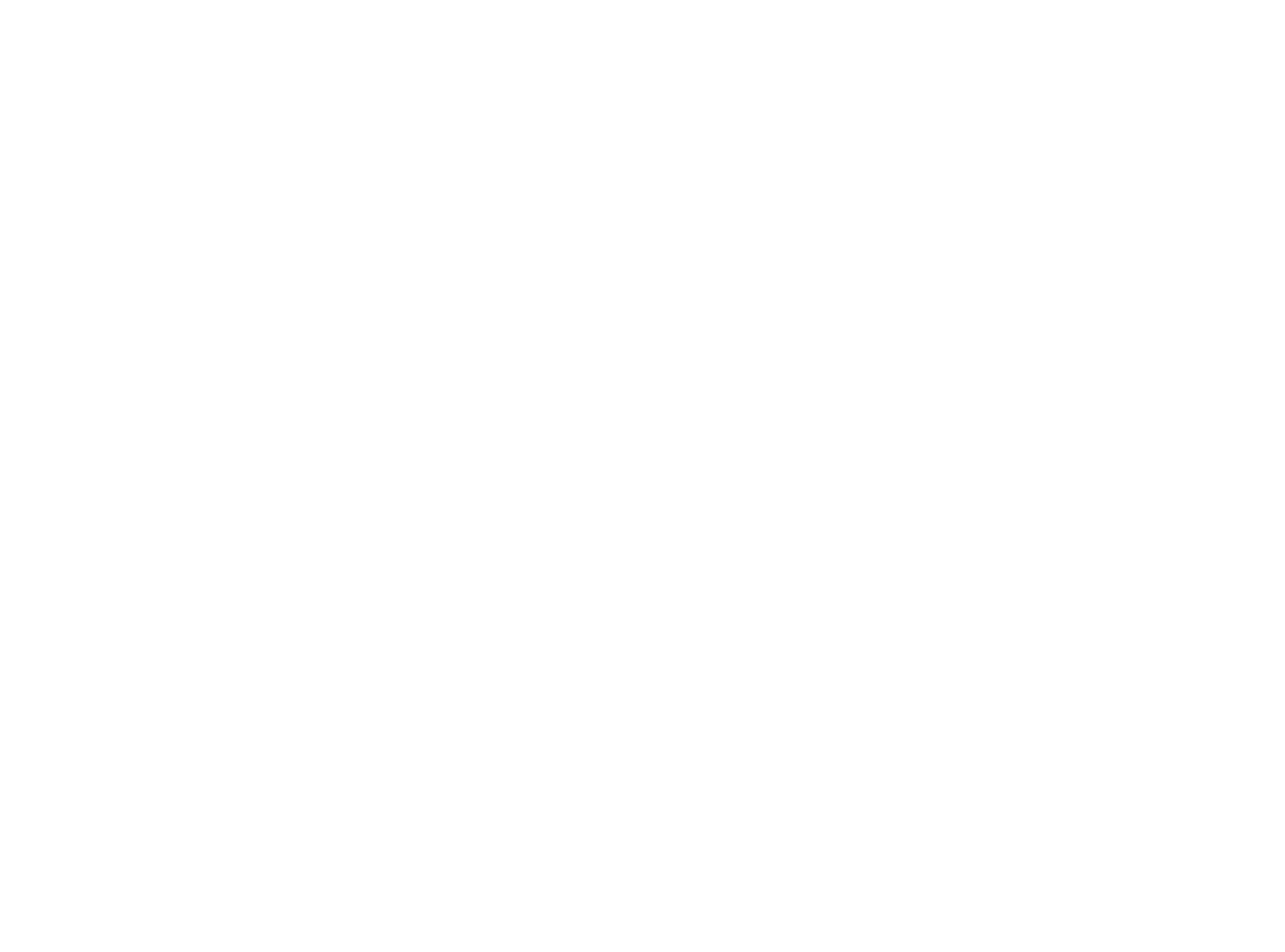 Storytelling can be a powerful tool to expose injustice, fight stigmatization and encourage others to stand up and speak out. On 1 October, we will discuss the impact of best case examples, the risks survivors face and new media guidelines. We will also learn about trauma-sensitive approaches and the need for mindful storytelling.

The current corona pandemic serves in many ways as a catalyst for distributing lies, misleading information and conspiracy theories. The effects of disinformation, hate speech and populist speech on political life, democratic and social values are now becoming brutally visible. On October 2 we will discuss strategies for resisting populism, spread of disinformation and the use of the internet and social media to propagate hate speech.

On the October 5 Berlin becomes a discussion platform for internationally renowned experts from a wide range of fields. Together with experts and storytellers as well as representatives of German politics and civil society, we think about what we can contribute to achieve the Sustainable Development Goals (SDGs), what challenges we face and how we can overcome them.

Climate communication is more critical than ever before: we need the best storytelling to achieve its full potential and reach the audiences that matter. Born of this conviction, we will bring the Climate Story Lab to Berlin in order to discuss sustainable storytelling together with experts. Together we want to create innovative, diverse and sustainable Climate Storytelling approaches and foster transdisciplinary partnerships.