Raising awareness of the plight of children forced to serve as soldiers.

Children are involved in numerous armed conflicts all over the world. Recent examples are Afghanistan, Burkina Faso, Chad, Centralafrican Republic, Cameroon, Colombia, the Democratic Republic of the Congo (DRC), India, Iraq, Israel / Palestine, Lebanon, Libya, Mali, Myanmar (Burma), Niger, Nigeria, Philippines, Somalia, South Sudan, Sudan, Syria and Yemen. Young soldiers' lives are often full of dangers and characterized by hard work, lack of food, and drinking water. There is no health care but the constant fear of being trapped in an ambush, landmine or gunfire. Discipline and obedience are enforced by brutal methods. Many children die under inhuman circumstances, others survive handicapped, blind or traumatized for the rest of their lives. However, boys are not the only ones at risk. Approximately one-fifth of child soldiers are girls.

Red Hand Day for Child Soldiers is an annual commemoration drawing attention to the plight of children forced to serve as soldiers in wars and armed conflicts. The Day was initiated in 2002 when the Optional Protocol to the Convention on the Rights of the Child on the involvement of children in armed conflict came into force on 12 February. Since then, the number of child soldiers has hardly changed - there are still 250,000 children used in wars as soldiers. 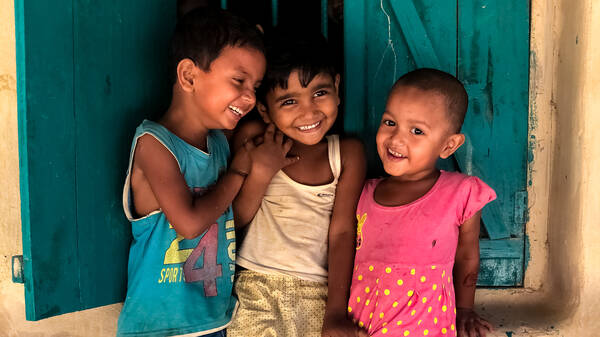 On today's Red Hand Day - the international day against the use of child soldiers - we want to draw awareness to this important issue. Through our film selection, we want to offer insights into the reality of a stolen childhood, tell stories of those who have survived, and remind us that we must continue to fight for better ways to protect all children.

The privatization of war has become big business. Cheap, outsourced labour is hired from the poorest parts of the world. With US Department of Defense money, some private companies even hire former child soldiers from Sierra Leone and Uganda, despite an industry code of conduct. How US private military firms hire former child soldiers to fight in Iraq and Afghanistan.

War Child chronicles the tumultuous, shocking, inspiring, and ultimately hopeful odyssey of Emmanuel Jal. A former child soldier of Sudan’s brutal civil war, he is now an emerging international hip hop star sharing a message of peace for his war-torn land and beloved Africa. WAR CHILD tells the story of Jal’s life through his words and music and remarkable film footage dating back to his childhood.

MY ENEMY, MY BROTHER is the real-life story about two former enemies who become blood brothers for life: Zahed Haftlang was an Iranian boy who ran away from home to join the army. Najah Aboud was a 19-year old Iraqi who had been conscripted to fight in the war, leaving behind his wife and son.

Thirteen years after a vicious civil war forced him to flee his childhood home of Sierra Leone, director Raouf J Jacob’s returns to find meaning in a place once forsaken by the rest of the world. Travelling across the country, he explores the sensitive environmental, social and cultural issues that, even today, remain taboo, but he also searches for the lost boys, former child soldiers living in the shadows, to see how successful attempts to reintegrate them in society have been.

1984 documentary film directed by Werner Herzog about children soldiers in Nicaragua. The film focuses on the indigenous group of Miskito who used child-soldiers in their resistance against the Sandinistas.